Yesterday RIM (now BlackBerry) launched two new handsets, dubbed the Z10 and Q10. The former is some sort of flagship, packing a dual core CPU, 2 GB of RAM and an 8 megapixel camera. Said camera has already been under fire by many publications and sites, including Gizmodo and Crackberry. 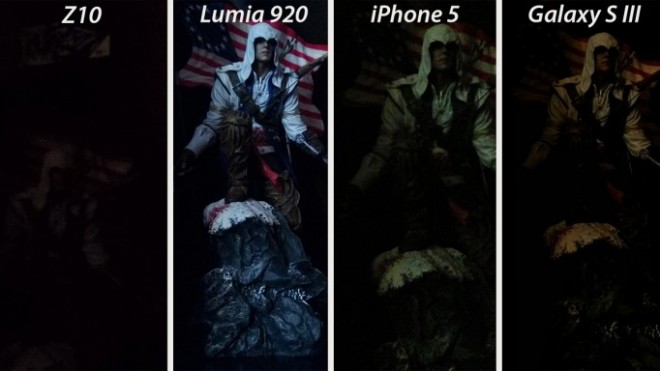 The people who got the first hands on quality time with the phone decided to compare it, camera-wise with the likes of Nokia Lumia 920, iPhone 5 and Samsung Galaxy S III. Expectations weren’t high, but even with moderate ones, you could have been disappointed here. The low light capture is absolutely horrid and this time the Lumia 920 gets a chance to shine and show the abilities of its PureView camera. In indoor conditions the iPhone 5 handles it pretty well, while the BlackBerry Z10 even manages to disappoint with a flash on, indoor.

Even in outdoor on an overcast day, the Z10 disappoints, while the Galaxy S III stands out in indoor capture with flash on. The Lumia 920 wins every battle here and while we were certainly not hoping for a major camera on the BlackBerry Z10, we weren’t exactly expecting something as bad as…. Galaxy Nexus let’s say. 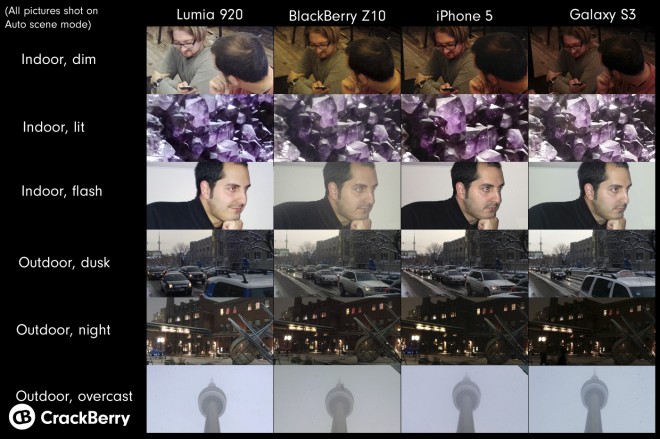