Samsung Galaxy S isn’t just a great Android model, but also a monster of a smartphone. This is becoming even more impressive than the uber-specced HTC EVO 4G, specially thanks to its GPU. Yes, folks, this is the Android model with the fastest graphic processor, beating the Moto Droid, Nexus One and even the HTC EVO 4G. 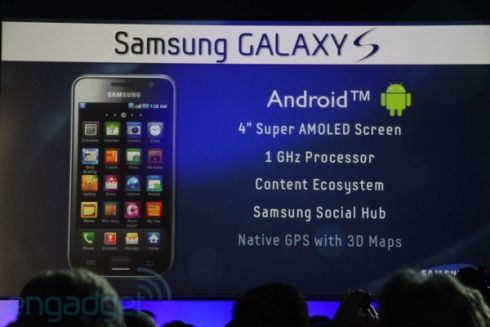 Under the hood of this Android powerhouse there’s a 1GHz ARM Cortex A8 CPU, that’s 3 times faster than the 1GHz Snapdragon on the Nexus One and HTC EVO 4G. What does this mean? Well, this great smartphone packs about 36% of the video processing power of a PlayStation 3 console. The Super AMOLED display on board is a great addition to the CPU and we’re looking forward to seeing what kind of videogames this baby can play.