It’s hard to believe that the Samsung Galaxy S5 has only been available for a month and a week now, since everyone is talking about it, its upgraded versions and related models. We’re waiting impatiently for the Galaxy S5 Prime, S5 Mini and S5 Active and the latter has just treated us to another leak, a fresh one. 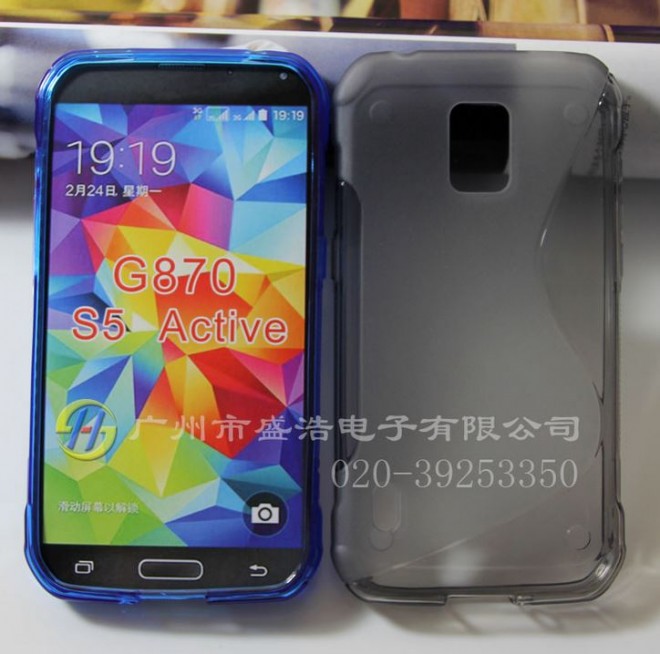 The case of the device has appeared on the web and it seems to reveal a design similar to the one of the Galaxy S4 Active for this model. We’ve already seen the specs of the device thanks to a GFXBench leak and now we get more proof regarding its existence. There cutouts of the case and its size makes us thing that the Galaxy S5 Active will look very much like the S4 Active, maybe a bit bigger.

The speaker hole is also placed in the same area, but its dedicated case hole seems to be elongated this time. Anyway, I’ll have to remind you that the newcomer is expected to pack a 5.2 inch Full HD display for some reason and a Snapdragon 800 CPU, as well as a case that is able to dip into deeper waters than the Galaxy S5. 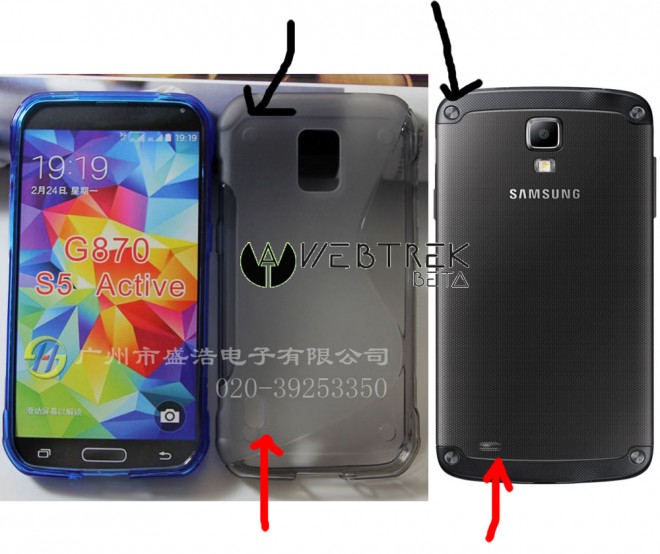