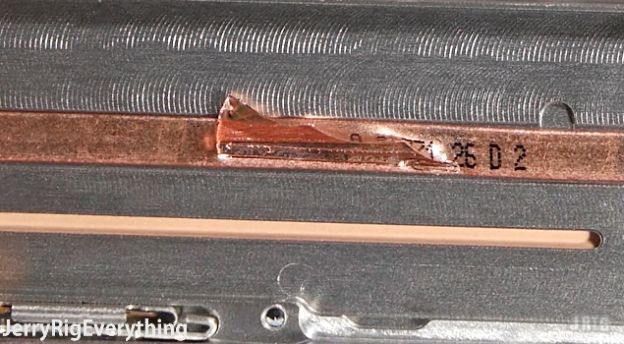 Samsung announced that the Galaxy S7 would include a liquid cooling system, to keep that powerhouse of a CPU in check, when it comes to temperature. This was to be expected, considering that this chipset is an impressive 30.4% more powerful than the Galaxy S6 CPU and the GPU is 63.9% faster than the one on the S6. 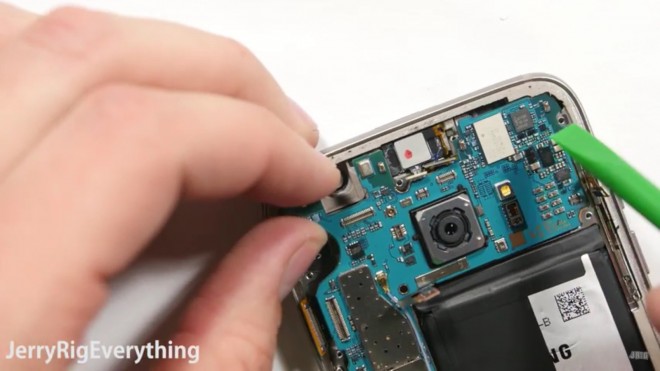 Well, the folks of JerryRigEverything performed a teardown of the Samsung Galaxy S7 Edge and found a heatpipe inside, not very different from the one of the Microsoft Lumia 950 XL. It doesn’t resemble the one on the Xperia Z5 Premium though, that does include liquid. Samsung’s “liquid cooling” doesn’t involve any actual liquid, but rather copper wire that helps with heat dissipation.

Some heat pipes rely on vapor to make the temperature drop, but this doesn’t seem to be the case. As you can see in the video, even when the heat pipe is cute, once it’s glued back together it works just fine. The video was actually meant to show how to perform repairs on the Galaxy S7 Edge, by the way. It revealed that removing the glass case at the back is the hardest part, hard to manage without breaking it.

The Home button is also very easy to break and impossible to repair.