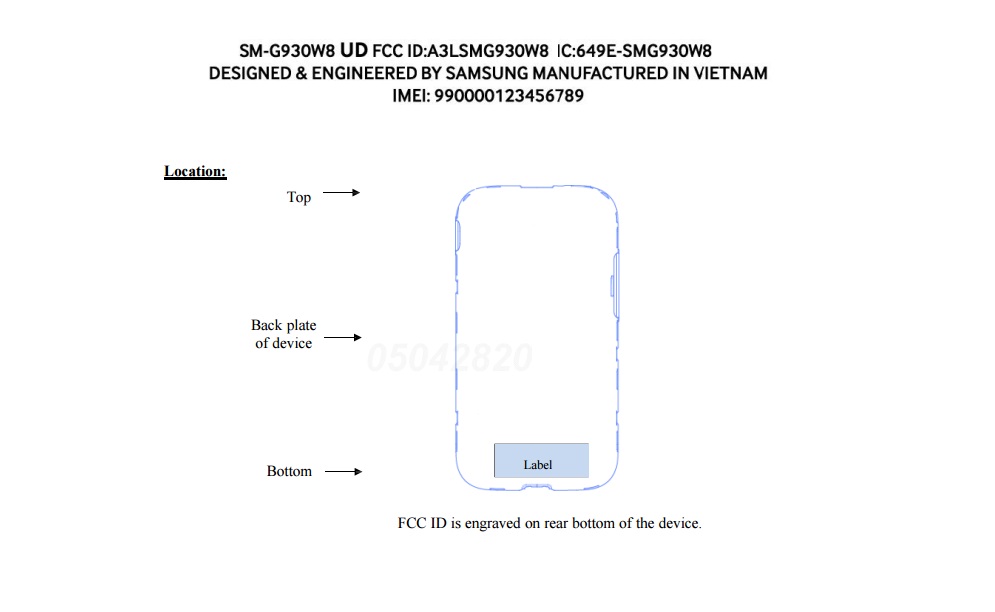 Samsung’s flagship for this year, the Galaxy S7 has recently been certified by the FCC for use on the Bell Mobility Canadian network, soon after the Galaxy S7 Edge also got the same treatment. 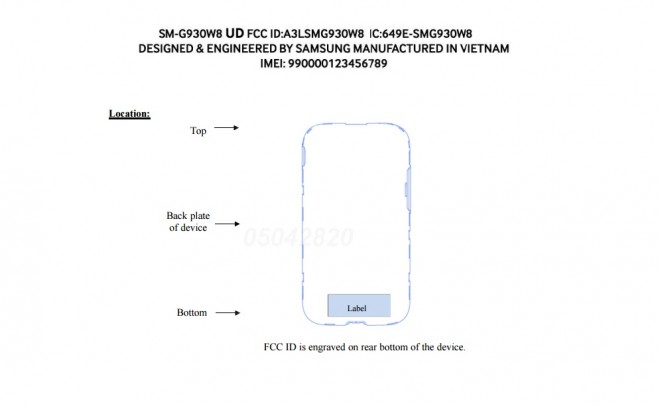 The Galaxy S7 from the documents is the model SM-G930W8, that offers support for FDD-LTE connectivity, as well as TD-LTE, WCDMA and GSM. It’s also been certified for Bluetooth, WiFi and NFC. It works on 5.x GHz bands and 2.4 GHz ones and its sketch and general format are revealed by the official papers. The device is expected to be unveiled next week, on February 21st during a special Samsung Unpacked event.

It will come on March 11th to the stores, according to previous leaks, which may also include the Canadian market. This model has 4 GB of RAM, a Snapdragon 820 processor or the Exynos 8890, depending on the version you get, as well as a 12 megapixel camera with BRITECELL tech. The general format will be similar to the Galaxy S6, maybe aside from the curved edges of the back side.