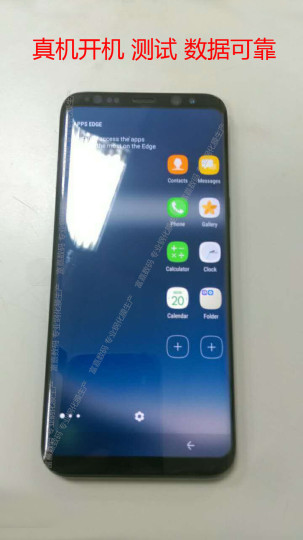 The Samsung Galaxy S8 leaks keep piling up and today’s leak seems to involve a picture showing off the device’s virtual button area. As you know, the handset will ditch the physical Home button in favour of a virtual button. It will also allow it to offer narrower bezels.

Of course, aside from the physical Home button, the capacitive ones will also go extinct here. There’s now a dedicated area at the bottom of the screen for the nav buttons and the design is different compared to what we get on stock Android. The back button is placed on the right side, which is opposite to what Google and other smartphone makers are doing.

Of course, the image may not be legit, so we take it with a grain of salt. Galaxy S8 is expected to debut on March 29th and it should go on sale in April. The screen also shows the typical collection of shortcuts associated to Edge models, in this case a series of contacts. The handset is going to have a Snapdragon 835 CPU and a 5.8 inch or 6.2 inch screen, in the S8 and S8 Plus versions.

I can’t seem to spot many changes as far the UI goes.