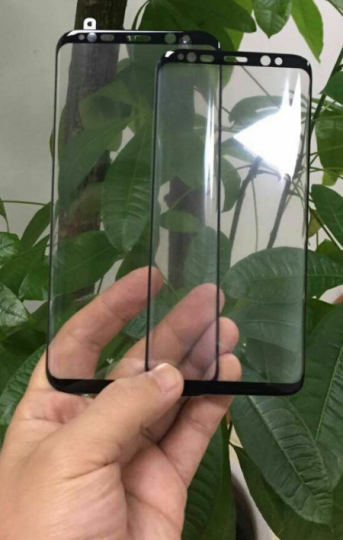 The tempered glass layers were photographed in the shot above, finally confirming once and for all that there will be no flat screen version of the Galaxy S8. Both versions will have an “Edge” curved screen panel and very narrow top and bottom bezels. Interestingly, unlike the case renders we saw before, this time the sensors, front camera and perhaps even iris scanner cutouts are present here.

Considering that rumor has it Samsung has been distributing prototypes of its phones to various officials and partners, it was expected that such leaks would start popping up. Of course we take them with a grain of salt and can’t wait to figure out where the fingerprint scanner is placed in all this. Judging by previous leaks and trends from the past years, next we’re going to see internal mechanisms, like memory, battery perhaps and the case stripped apart and probably by the end of the month the functional version of the phone will appear in a video, in working condition.