We were among the lucky first people to handle the Samsung Galaxy S9 and Galaxy S9+ when they were announced on February 25th (actually before it, but who’s counting?) and now we’re lucky enough to also unbox it among the first folks. Samsung Galaxy S9+ is the device getting unboxed here, the 6.2 inch version of the much talked about Samsung flagship. It’s priced starting at $840 in USA and let’s check it out below.

First of all, this device has several advantages over the S9: more RAM (6 GB instead of 4 GB), bigger screen, bigger battery and two cameras instead of one. It’s very similar in format with the Galaxy S8+, even though it cuts down on the bezels of the screen at the top and bottom. I have to remind you that the device will be delivered to preorderers on March 16th, even though some carriers promised to deliver it earlier. 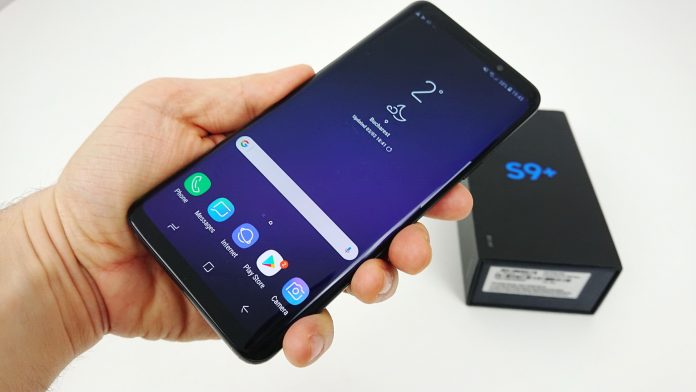 The box the S9+ comes in is very similar to the one of the Galaxy S8 and S8+, all black, box with box and all secured with a side latch of sorts. Inside it we find the charger with the promise of fast charging, USB Type-C cable, AKG tuned headphones, plugs for them, the metal SIM key and manual. There are also adapters from USB Type-C to Type-A and from USB Type-C to full USB, used to transfer data between devices.

The handset measures 8.5 mm in thickness and weighs 189 grams, which makes it heavier and thicker than the S8+ for sure, but it’s noticeable when you grip the device. I felt like I was using a sort of lighter Galaxy Note 8, on account of how narrow the device is. The design still involves a curved glass and metal sandwich: curved back glass panel, then a metal frame and then a curved edge screen. 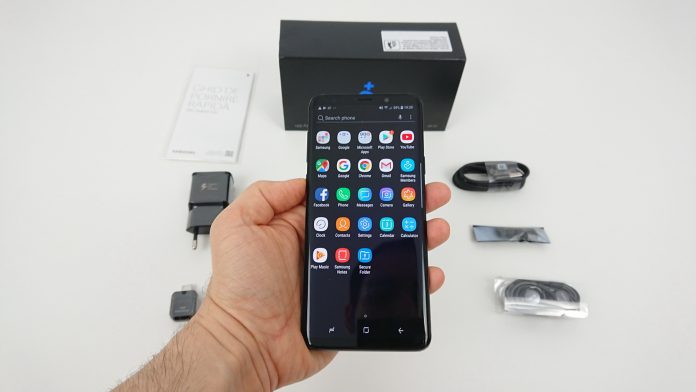 Both glass pieces have Gorilla Glass 5 protection and in spite of all that glass, the grip is good. IP68 protection is also here and the color choices are Black, Coral Blue and Lilac. The black version draws the most prints. Upfront we find a 6.2 inch Infinity Display, with a Super AMOLED panel, 18.5:9 aspect ratio, curved sides and a WQHD+ resolution. I should mention right here and right now which version we’re testing for the sake of accuracy: dual SIM, Exynos 9810, Black and 64 GB. 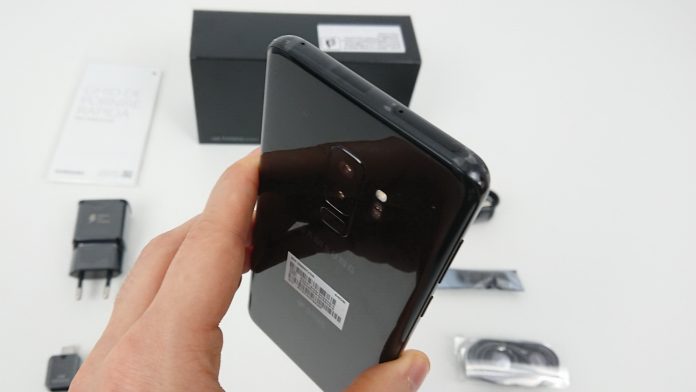 Inside the smartphone we find 6 GB of RAM and 64 GB of storage, but there are also 128 GB and 256 GB versions, plus there’s a microSD card slot, which gives you an extra 400 GB via card. There’s a Snapdragon 845 CPU inside for China and USA and an Exynos 9810 for EMEA. The battery is a 3500 mAh unit and i have great expectations from it after the Galaxy S7 Edge and S8+ performed great.

A novelty is the pair of stereo speakers (one at the bottom and the earpiece) used to deliver AKG and Dolby enhanced music with strong surround. The fingerprint scanner has been moved from the side of the main camera to below it, for a comfier use and the pulse sensor remains on the side, now enhanced with blood pressure detection. That’s available only as a a trial via a special app made by an University in USA or Korea. 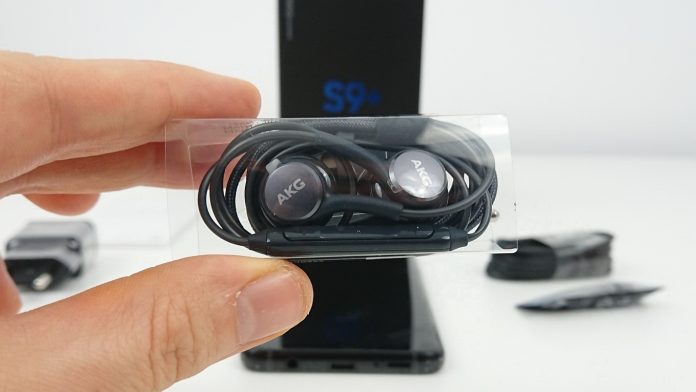 There’s still an iris scanner and face scanning, boosted by Knox for extra security. I left the best thing last: the camera. While Galaxy S9 has a singular camera, albeit a cool dual aperture one, the S9+ goes the Note 8 way with two back cameras and both with OIS. Both have 12 MP sensors and one offers dual aperture between F/1.5 and F/2.4, while the other sticks to F/2.4.

There’s also Super Speed Dual Pixel technology, incredibly fast autofocus, 4K 60 FPS video capture and Super Slow Motion 960 FPS capture. Bokeh is available on account of the dual camera and you can use the front 8 MP shooter to turn your face into an AR Emoji. The camera UI has changed and I have to admit I don’t like it, because it’s too easy to swipe the wrong way when selecting options from the vertical list on the left side. 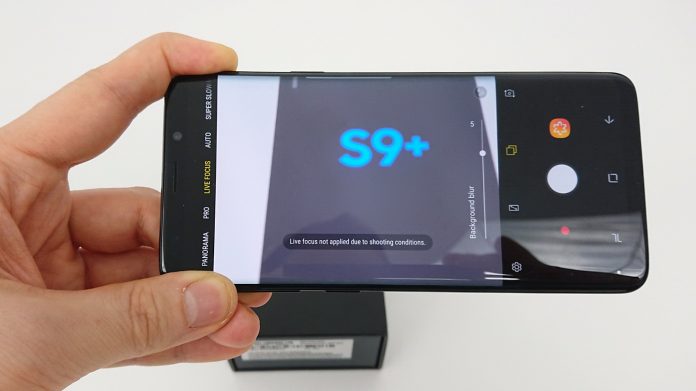 Too often I switched to the selfie cam instead. Bixby is also in the mix here, with Bixby Vision translating text in real time and counting calories, while the actual Bixby assistant will respond to your querries and it has a dedicated button. On the software front we run on Android 8.0 Oreo with the latest Samsung Experience on top, not hugely different from what we saw on the Note 8.

By the way the Edge shortcuts are here to stay, with extra edge lighting notifications during games and movies. We’ll be back with a full review ASAP. You can get the handset here.