With the Galaxy S III Mini out there, the Galaxy Grand phone serving the needs of 5+ inch aficionados, it’s now time for a Medium phone. That’s exactly what the new Galaxy Win is and this handset has just been announced in China. 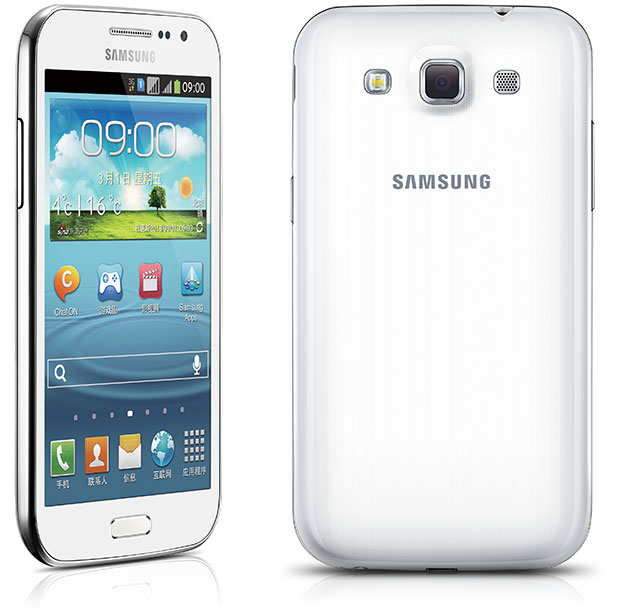 We’re dealing with a model with Android 4.1 on board, a quad core 1.2 GHz processor of unknown identity and a 4.7 inch WVGA TFT display, plus a 5 megapixel rear camera. If the back camera is 80% as good as the one on the Nexus 10, it’s actually a good camera. We also get a surprising 3 megapixel front camera, making me think this phone is focused on videocalls for some reason.

Samsung Galaxy Win first leaked in Vietnam yesterday and today we get the official specs, that include WiFi, Bluetooth 3.0, GPS, a microSD card slot and a 2000 mAh battery. The device looks just like the Galaxy S III and I expect a solid performance from that battery, to be honest.