Samsung unveiled today in South Korea the Galaxy Win handset, a model that has already appeared on some other Asian markets, but this time it has been modified to suit the needs of the public in Samsung’s homeland. 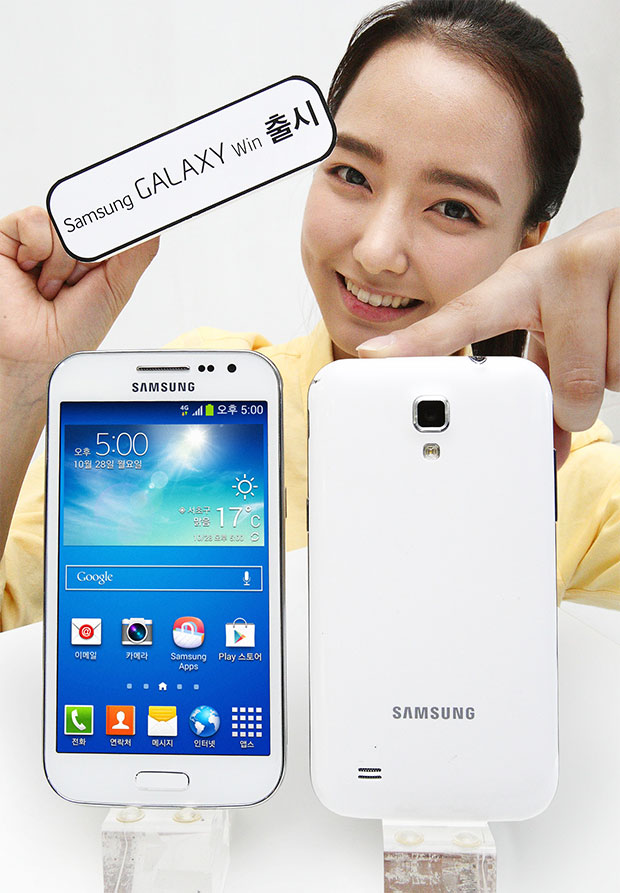 The device packs a 1.4 GHz quad core CPU, a more powerful version of the regular 1.2 GHz CPU that the model had in other countries. Other features include Android 4.2, Smart DMB, ImageON, Sound & Shot camera mode, Group Play and S Translator. As far as hardware goes, we get a 4.7 inch 800 x 480 pixel display (TFT LCD), a 2000 mAh battery, 8 GB of storage and a 5 MP camera.

There’s 4G LTE connectivity on board and the device will be priced at about $520 if you do the conversion from 550,000 won. For starters the handset will be available on local carriers SKT and LG U+. The design is pretty basic here and the only good thing about is that the back case seems matte this time. 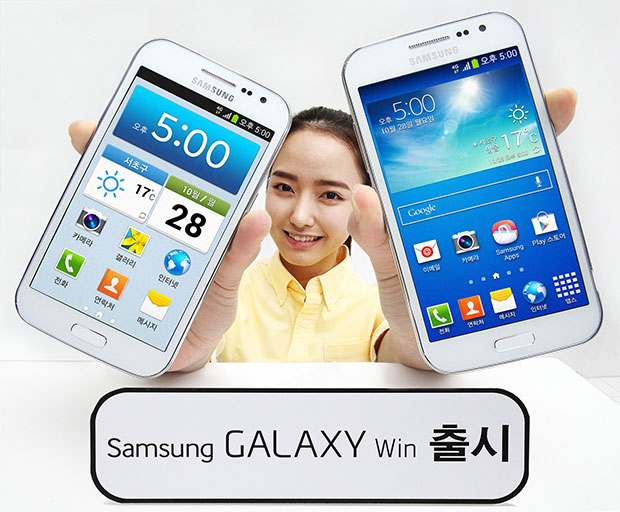