The US Patent and Trademark Office granted Samsung a brand new patent for a supposed phone that adopts an unusual aspect ratio. The folks of Phone Arena overlapped a 21:9 image on top of the sketch and saw this is its actual format. 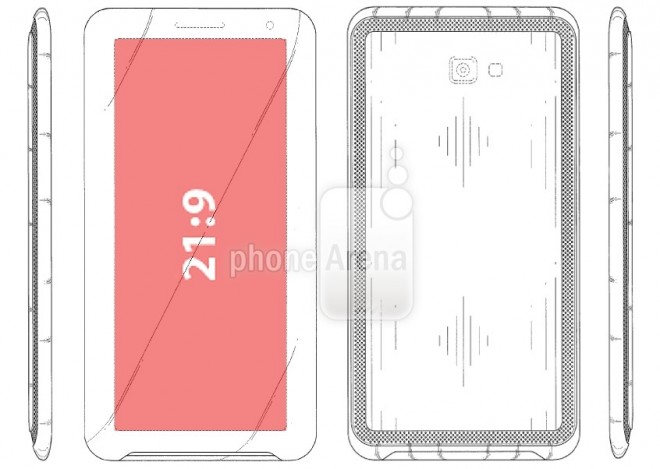 They also tried with a 16:9 image but it didn’t fit. So, what can we understand from this patent? The documents describe this device as a “mobile phone”, but this looks more like an elongated tablet. It could end up being a smartphone with a weird aspect ratio, one that’s used typically on widescreen TV sets.

We may end up with a 6 inch tablet that tries to be a phone, by making phone calls, or merely an elongated Samsung Galaxy Note 4 design, if we can speculate. Back in 2009 LG had a phone with this aspect, the BL40 New Chocolate, so it’s not exactly a premiere.