Wired UK informs us that Samsung is pulling a very nifty (payback) promotion, that provides free Galaxy S handsets to people complaining about their iPhone 4 units. At least Tiffany, the girl mentioned in the tweet below got one and we’ve heard that more British Twitter users will receive such treats.

The thing is that 4 UK users kept talking about iPhone 4 issues online and a fifth wanted to pick between the HTC Desire, iPhone 4 and Galaxy S. If you’re already rushing to tweet your iPhone-related frustrations, keep in mind that Samsung is only gunning towards Twitter accounts with a bit of influence, for cheap publicity.

Tiffany, for example works in Digital Marketing for Condé Nast, which is, believe it or not, Wired’s parent company. That’s an original way for Samsung to pay back Apple for that nasty criticism towards other phone makers’ antenna issues. 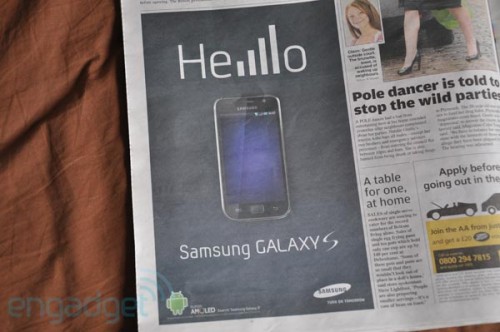