Samsung I6500U Saturn is the latest Android 2.1 handset made by the Asian creator of the Corby series. Scheduled for China release soon, the device doesn’t have an exact release for now, but we know it can be pre-ordered. The smartphone will cost $500 and its official name is Samsung I6500U Galaxy. 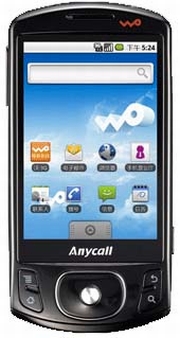