After learning that Samsung has just announced its first Android phone, the I7500, we now have a closer look at the handset, courtesy of Tinhte.com, who toyed with the device and captured it on video. 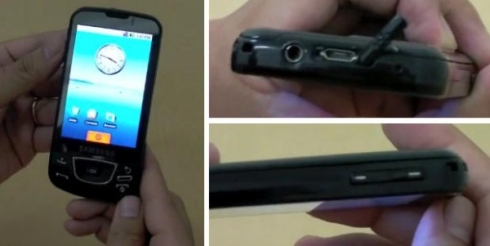 The focus of this video is on Samsung I7500’s 3.2 inch AMOLED touchscreen and we’re dealing with a very thin smartphone here, packing slick hardware buttons and ready to rival any HTC Android phone. What sets this handset apart from the other Android smartphones is its “casual” look, since the Dream G1 and Magic are more business-like.

As far as specs are concerned, we found out that the display supports a 320 x 480 pixels resolution and the phone packs a GPS, supports HSDPA connectivity, WiFi b/g and Bluetooth 2.0. Its internal memory is 8GB, but the microSD slot allows the user to add 32GB more thanks to a memory card.