We informed you yesterday about an 8 megapixel full touchscreen cameraphone announced by Samsung, the M8800, which also goes by the name of Bresson or Pixon. Well, now the handset’s been previewed by a Russian team, so we know its full list of specs and we get some decent pictures of the device. 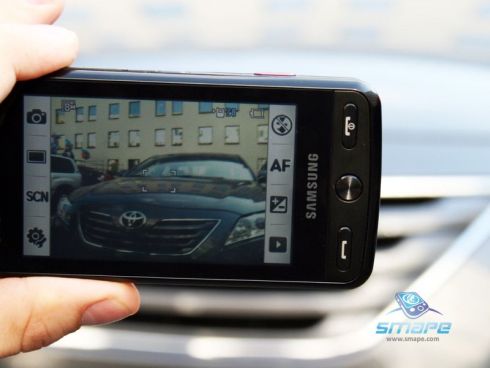 This is the second 8 megapixel phone created by Samsung, the follow-up to the i8510 INNOV8, powered by Symbian. M8800 isn’t a smartphone, as you’d expect and as such, it doesn’t feature a keyboard, relying on its 3.2 inch touchscreen display for text input. The new cameraphone uses the famous TouchWiz interface we’ve seen on Samsung Omnia and Samsung F480 Tocco, plus Weather and Google widgets.

Samsung M8800 goes on sale on November 10 2008 at a starting price of 800 US dollars. No WiFi for this beast, but we get a consolation prize, the following promo video for the device: