The long awaited Sony Ericsson XPERIA X1 smartphone is now available in the shops, for fans to buy as we get ready for the official announcement of the Nokia Tube on October 2nd. Built by HTC and running Windows Mobile software, XPERIA X1 comes with a superb user interface, that changes the entire concept of widgets and mobile desktops. 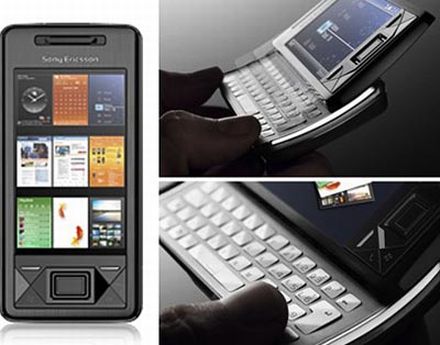 Thankfully the X1 was not delayed, as we first found out a couple of month ago, when the rumours made it a 2009 release. The handset’s now available in the UK, Germany and Sweden, while the rest of Europe, Asia and Latin America will get this smartphone in Q4 2008.

The X1 has just been launched and already the team behind it is thinking about the next generation of XPERIA phones. Turns out that they’ll quit using Windows Mobile and maybe opt for Android. There’s even the chance of different versions of the future phone, with different operating systems to surface on the market.

Will we see the folks of HTC quitting Windows Mobile too, if SE goes that way?

[via itexaminer and High Tech Lounge]