Samsung S5320 managed to sell over 5 million units since its May release, proving once again that affordable touchscreen phones are all the rage now. Also, we’re learned that Samsung claims that the number might reach 10 million by November. 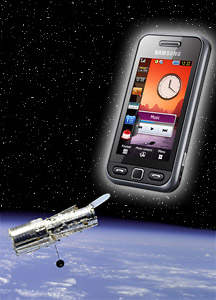 Meanwhile, competition performed pretty well, too, LG Cookie also reaching the 5 million performance in July, but with a couple of months advantage, in comparison with Samsung Star. Europeans go crazy for this handset, since more than half of the 5 mil units were sold on the continent, with top sales in France, the UK and Italy.

Samsung Star owes its success to the combination between hot features and a decent price. A 3 inch WQVGA touchscreen display with the Samsung TouchWiz interface on board, a 3 megapixel camera with smile detection, a microSD card slot with support for up to 16GB of external storage and DNSe technology make up the perfect specs list.