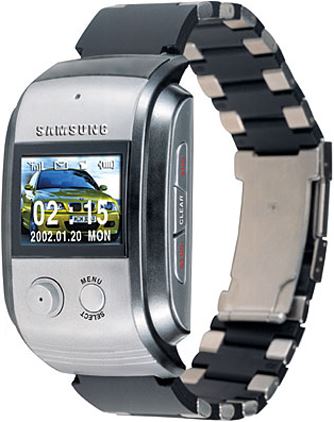 It’s no wonder people are going old school and vintage, since all the good things nowadays have roots in the past. For example Samsung didn’t invent anything with the 3G watch they released a few months ago. They had a Samsung Watch Phone back in 2003 and it looks hot even today.

We say it looks hot because it has that vintage Dick Tracy air and some of its specs aren’t half bad. For example the Li-Ion 400 mAh battery is OK even today and I guess the OLED 94 x 64 pixel display was brilliant in 2003. The thickness of 17 mm is a bit much, but the 80 gram weight is OK. This model is still so old that it has polyphonic ringtones, which may wake up some nostalgia in some people.

Back in 2001 this project was being teased as a big deal, so it’s hard for me to get excited today about new smartwatches. If everything has been done before, why kill the project (canned in 2003) and then bring it back? It’s true that the product may have been ahead of its time, but why not risk a bit? Nokia had a tablet ready many years ago, Apple also had one, but corporate mentalities and lack of creativity killed them.

We can only wonder what’s in the labs right now, being cancelled and prepared for release in 2024…