Samsung’s Bada OS continues its evolution, showing that the company’s idea of creating its own platform was actually a good one. Now, the model spotted in April together with the Wave 578 has proved to be the Wave 725, that now gets spotted in the Bada 2.0 SDK. 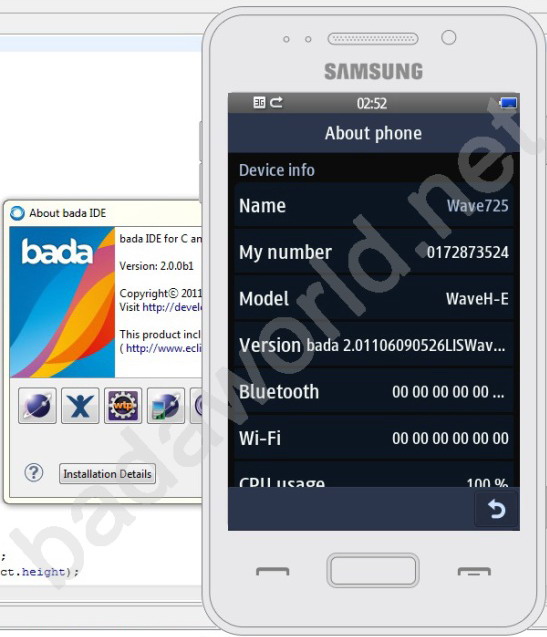 This handset will feature a 3.65 inch HVGA display, with a 320 x 480 pixel resolution, NFC, WiFi and Bluetooth 3.0. A 5 megapixel camera is also present on board, as well as a VGA front facing one. The images we have right here are just renders of the 725, but the real thing might just look like that.

It seems that Samsung intends to release the Wave 725 in September with a very appealing price, maybe making it another model to sell millions of units. What Bada OS 2.0 brings as extras are features such as NFC support, multitasking, an enhanced UI, security improvements and much more.