Home Samsung Samsung Will Rely on Its Own CPU Core on the Galaxy S7;...

We knew for a while that Samsung its working on its own CPU cores, in order to leave behind the typical ARM cores it used before. Now there are more details about this project, that involves a new core called Exynos M1.

It’s very likely that this technology will be used on the Samsung Galaxy S7 next year. Information about the core appeared courtesy of GNU Binutils, a collection of binary tools that was released to developers this month. Samsung Exynos M1 was previously known as Mongoose and it will be part of a system on chip product used on TV sets, tablets and phones. 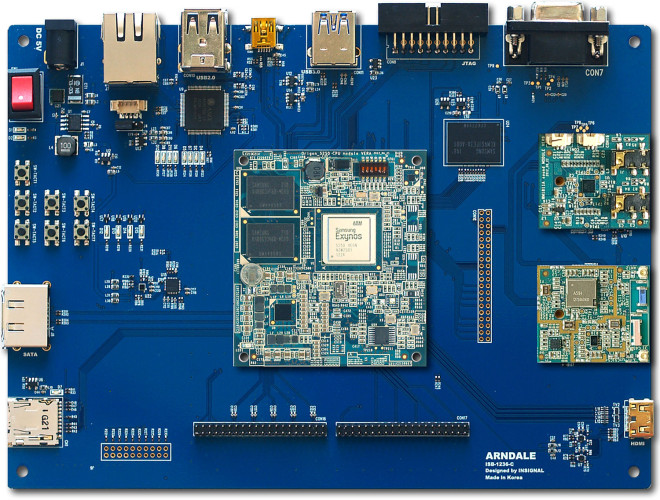 Usually developers receive the first samples of their microprocessors 9 or 12 months ahead of the start of the mass production. This means that since the info has appeared we’re one year away from the Exynos M1 coming to a device, basically the Galaxy S7. This is a 64 bit ARMv8-A-compatible core, fully made in house by Samsung. This unit is probably heterogenous system architecture compatible and will use GPU stream processors for general purpose tasks, in order to save power and offer performance boosts.