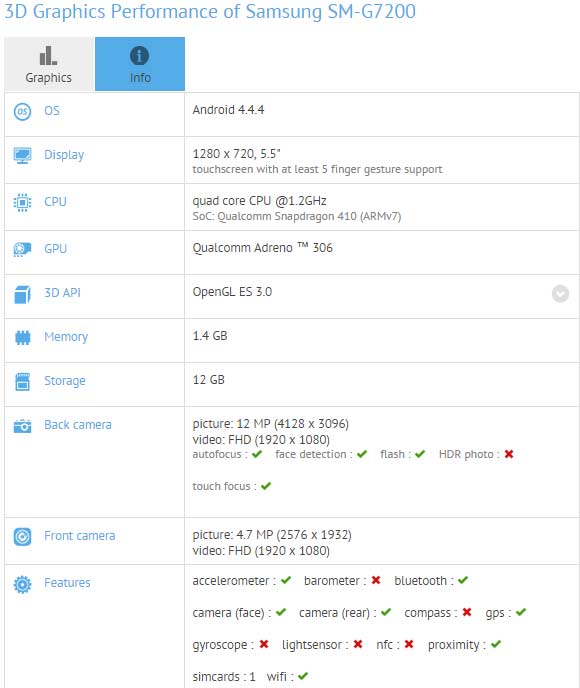 Beside the high-end Samsung phablet, in the company portofolio we also have a couple of mid-range phablets named Galaxy Grand. Today, through the GFXBench we have the opportunity to take a first look on Samsung’s Galaxy Grand 3 specs, device that should be shortly announced on the market.

Among its specs we’ll have a 5.5-inch HD display with a 1.280 x 720 pixel resolution, a quad-core Qualcomm Snadpragon 410 processor clocked at 1.2 GHz, 1.5 GB RAM memory, a 13-megapixel rear camera with autofocus and LED flash, and a 5-megapixel front-facing camera for selfies.

Getting to the software, we find that Samsung Galaxy Grand 3 will bring the Android 4.4.4 KitKat operating system along with the TouchWiz custom interface. It remains to see when this device will be announced and at what price will arrive on the market.