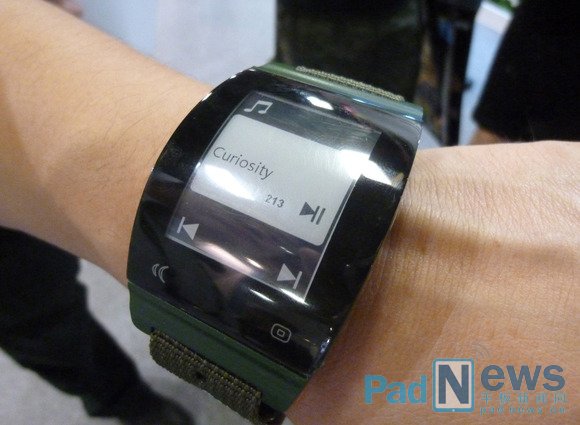 As we can see on the wearable market it seems to be a lot of variety lately as more and more manufacturers announcing smartwatches and smartbands, a few examples being the Apple’s Watch and the Microsoft Band that was launched not long ago. Today, we get to know that Sharp showed up a 1-inch display prototype designed for wearable devices.

This new panel comes with a super energy-saving feature by using just a semiconductor memory instead of a backlight technology. Because of this feature of the display, we won’t be able to see the screen very well in the dark, but however in direct sunlight the panel will offer a great accuracy of the text and images.

According to Sharp, this is a LCD LTPS panel that supports only 8 colors, from here the lower power consumption than conventional panels. By using such a display, we’ll be able to get up to 4 or 5 days of battery life time, compared to the 1-2 days that we have now on smartwatches.