Samsung’s original idea of advertising the new ST1000 digital camera by using a zoo monkey paid off, bringing the company a CLIO award for its marketing campaign. The company collaborated with the Schonbrunn Zoo in Austria and placed a ST1000 camera inside the cage of an Orangutan called Nonja. 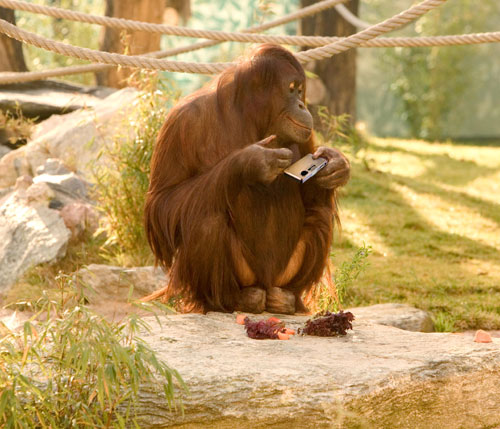 The 33 year old Orangutan toyed with the gadget and captured videos and images, that were uploaded on his Facebook account and a microsite. All of these actions were done to show how easy to use the camera really is. Nonja’s microsite received over 200,000 pageviews internationally, so the furry beast is sort of star right now.