LG is getting ready to release the successor to the KS360 model, GT350, a handset that will debut this month in Europe. Also known as LG Town, the phone marks the debut of the Town Series, focused on social networking features. Here’s an image of the new handset: 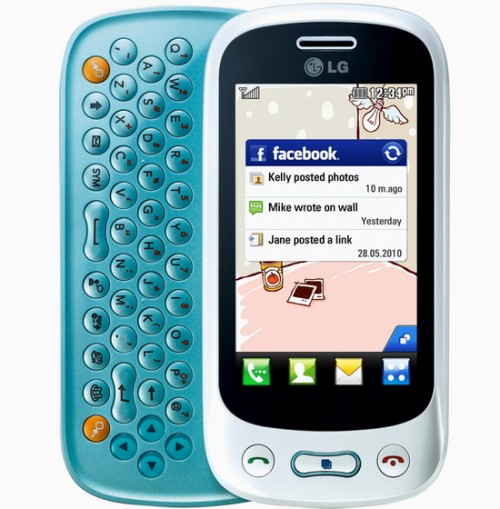 LG Town GT350 uses a special UI, similar to the famous S-Class, but this version is designed to ease interaction with friends via social networks like Facebook, Twitter and Orkut. The phone comes with a 3 inch WQVGA (240 x 400 pixel) touchscreen display, WiFi, Bluetooth 2.1, FM radio, a 2 megapixel camera, a full QWERTY keyboard and a microSD card slot.

You might have guessed that Town lacks 3G connectivity and we learn that the device will be announced separately in each market, so for example, in Italy it’ll cost EUR 149 and be known as LG Tribe Next.