Sony Ericsson has just announced that the XPERIA X10 mini and Vivaz Pro handsets are shipping and they’re ready to hit the stores. The X10 mini is already selling on a couple of markets internationally and in some places the device is available via carriers, but you can also get it unlocked, for a bigger price. 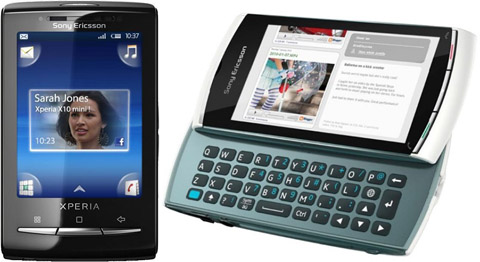 Vivaz Pro is a Symbian S60-based handset, that’s only now shipping to retailers worldwide. The X10 mini and Vivaz Pro were both announced during Mobile World Congress 2010 in Barcelona, with the most appealing model being the latter, as it features a side-sliding QWERTY keyboard and runs Symbian.

The X10 mini is also interesting, specially if you want the functionality of the XPERIA X10 is a smaller package.