When Nokia N8 was announced, many people said that this was not only the first Symbian^3 device and the first Nokia phone with a 12 megapixel camera, but also the start of a new age of the N Series. This fact is proved by the device’s incredible ability to multitask, that’s demoed in the video below. 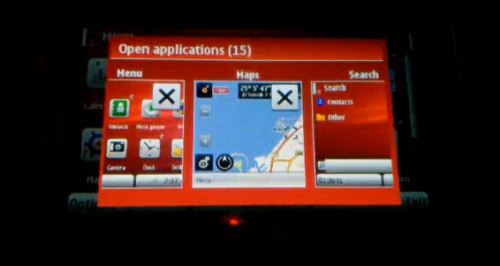 Nokia N8 seems to be running 15 apps with ease and there’s no trace of lag to be found on the system. You might have heard that the iPhone will also get multitasking via iPhone OS 4, but will it be able to compete with Nokia’s solution?

It seems that Nokia learned from the poor N97 experience…