Home Android Siswoo R9 Darkmoon is a YotaPhone 2 Alternative With Better Specs and... 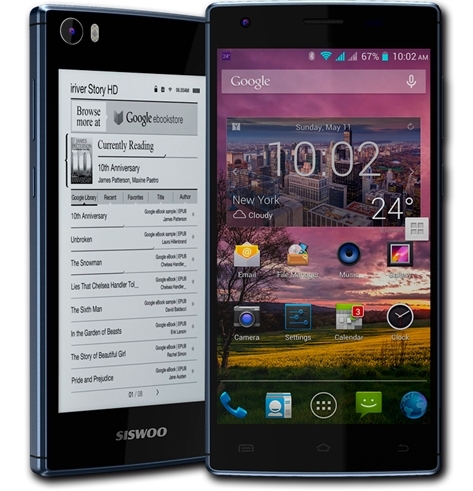 The YotaPhone 2 is one of the most talked about dual display handsets, because it has an E Ink secondary screen placed at the back, that uses very little power. It also made the news when Russian President Vladimir Putin gave one such phone as a gift to the Chinese president. And now the Chinese have created a rival for the YotaPhone 2… Siswoo R9 Darkmoon.

I won’t rush and call this model a YotaPhone 2 clone, since it’s not exactly that. First of all, it has better specs and it’s also cheaper. The Siswoo model was recently detailed on the company’s official page. R9 Darkmoon comes with an IPS OGS 5 inch screen, with a Full HD resolution, as well as a secondary E Ink 4.7 inch screen, with qHD resolution. 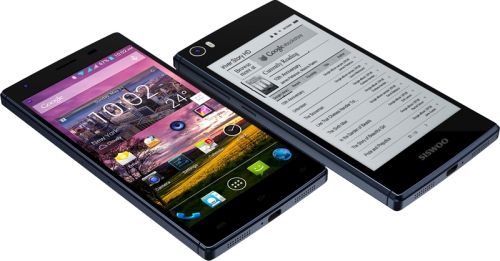 There are 3 GB of RAM on board, 32 GB of storage and an octa core MediaTek MT6752 processor inside, clocked at 1.7 GHz. Other specs include a 13 megapixel main camera with LED flash and a front selfie shooter with 8 MP resolution. There are dual SIM slots on board as well, plus 4G LTE, WiFi, NFC and Bluetooth 4.0. Even Lollipop is here as the OS and the battery is a 3000 mAh unit.

The product is priced at $500, compared to the YotaPhone 2’s $683. Well, I guess that this will teach President Putin to give presents to other head of states, particularly the head of a state the produces so many handset clones.