Skype has recently announced a new version of mobile software for Nokia, meaning that it would be supported on more than 200 million smartphones worldwide. Skype for Symbian is available for free, as a download from Nokia’s Ovi Store, to consumers worldwide. 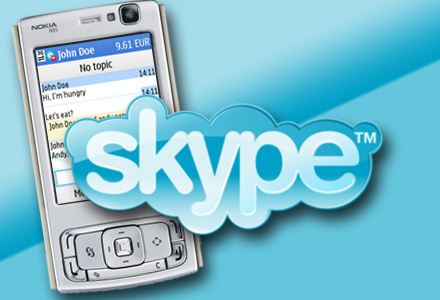 The company famous for its free calls on the Internet made another attempt at entering the cellphone segment last month, when it closed a deal with major US carrier Verizon Wireless. Ever since the start of the service back in 2003, Skype knew the meaning of the world “success” and now it has 520 million registered users internationally.

Nokia expects 1.5 million downloads a day from the Ovi Store, compared with 1 million from 3 months ago.