Sony Ericsson has just announced two new handsets: Cedar and Yendo, both pictured below. On the left side of the image you can spot a familiar-looking device, specially if you’re acquainted with the X10 mini model. This is the SE Yendo phone we’re talking about, packing a 2.6 inch touchscreen display and borrowing some UI traits from X10 mini. 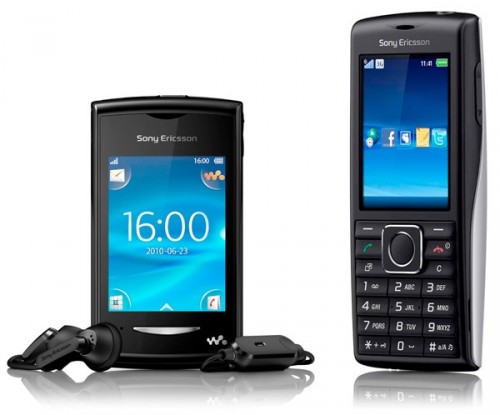 However, the “clone” doesn’t use Android and we learn that it comes with low end features and a Walkman branding. Yendo packs a 2 megapixel camera, FM radio and it lacks 3G, but makes up with dual band GSM/EDGE support instead.

On the right side of the image above, you’ll find Cedar, a candybar device with 3G support, a 2 megapixel camera with VGA video capture @ 30 fps, a 2.2 inch display and a 3.5mm audio jack. Both handsets will debut in Q3 2010.