Sony Ericsson have patented a system that allows the users of its handsets to control the phone with the aid of facial expressions. Using this new method, you’ll be able to shuffle between tunes, as you change your visual mood. 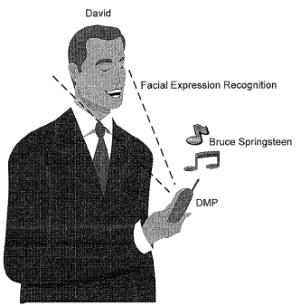 The patent bears the name of “Generating music playlist based on facial expression” and works by capturing an image of the user’s face. The resulting image will be analyzed via facial recognition and the handset will build a custom playlist, according to the user’s mood. This system could recognize certain facial characteristics or it can compare the whole face with a couple of presets… or both.

Sony Ericsson could turn the whole concept into something more complex, capturing a short video of the user’s face, tracking his emotional states (sadness, surprise, anger, disgust fear etc.). They will be compared to the musical features of the tunes stored on the handset, in a way that might remind you of the SenseMe app.