Turns out that on T-Mobile Austria’s website, in the “Coming Soon” section there’s an “iPhone 32GB” placeholder, that might as well be an indicator concerning the future version of Apple’s handset. As we speak, the “error” has been fixed and the section was removed from the site, but there’s still proof indicating the arrival of a new version. 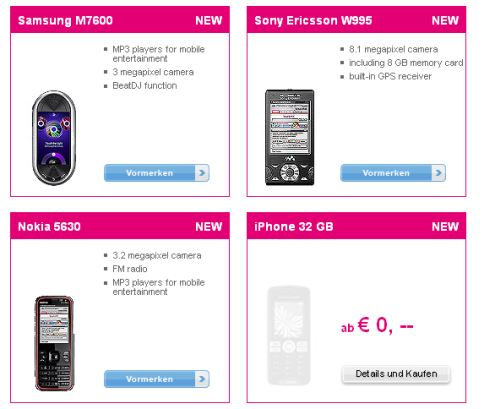 In other news, we also learned that Vodafone Australia has sent out a notice, claiming that the 16GB iPhone has reached the “End of Life” phase, according to its supplier, Brightpoint.

Is this the classic way of speeding up the sales of the 16GB units that are left unsold or a subtle way of announcing a new product?