As the XPERIA X1 hype passes and the Nokia Tube is hours away from its announcement we check out new pics of the Sony Ericsson Rika phone, first uncovered by the Unofficial SE Blog. They posted a “guess the phone” challenge, which pretty much revealed the device, as a Walkman version of the G705. 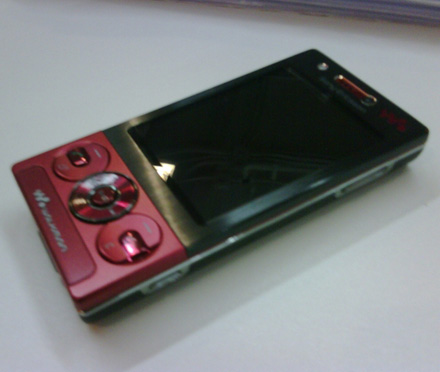 Aside from the white version, it’ll also arrive in beautiful red, as you can see in the pic above. No official info and specs from Sony Ericsson yet, but we do know that this is a Walkman slider with video call support and that it’ll make it to the stores this Christmas.