Symbian has had its share of problems lately, as Android and the iPhone OS are becoming more and more popular, but this time we’re dealing with a major blow for the platform. Turns out that Sony Ericsson Satio and Nokia N97 were pulled from some shops, because of software issues. Both devices run Symbian. 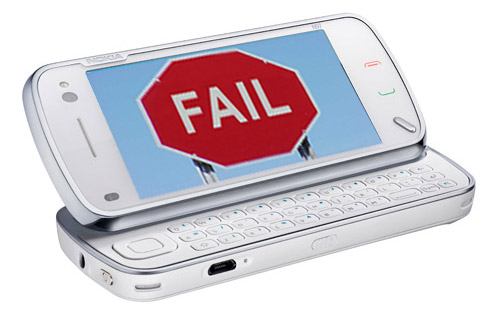 Nokia N97 is still visible on Vodafone UK’s website, but it’s not a selectable option, since choosing it redirects you to the N97 mini page. We don’t have any explanation for the product’s withdrawal, but we suppose it’s all about the more stable Symbian version on the N97 mini, compared to the issue-ridden firmware on the N97.

Meanwhile, we learn that Satio was pulled out from British retailers Carphone Warehouse and Phones 4U, because of software issues. It seems that the buyers of this phone returned it in quite impressive numbers, due to a bug that shuts down the handset when launching apps. Sony Ericsson has promised a fix for the bug, before the holidays, but it seems that the problem is not widespread, yet.

Will these software issues affect Symbian’s image and market share?