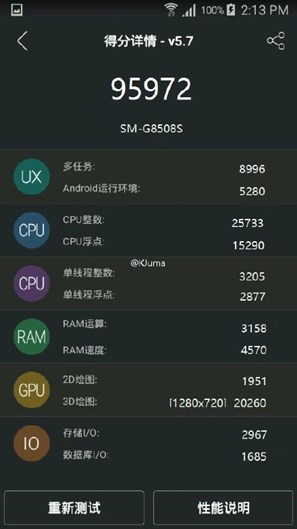 A mystery Samsung smartphone with very high AnTuTu score has appeared in this benchmark, clearly beating each and every smartphone launched this year. Speculations say it may end up as the Galaxy S7, that we recently detailed in a rumor-based article.

The score here is 95.972 and we though that the 80k points of the Snapdragon 820 Nexus 2015 phone were impressive! It could also be the Galaxy Note 4 or Galaxy S6 Edge Plus, especially since we haven’t seen those two appearing in too many benchmarks. The same source that showed this benchmark also mentions the Snapdragon 820 as a CPU alternative for the future Samsung flagship. 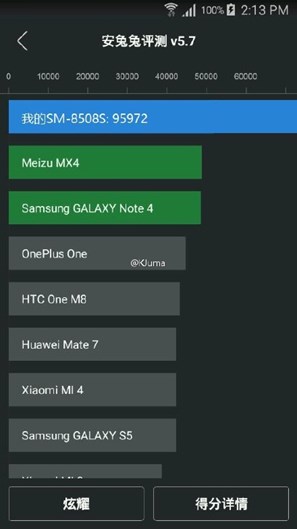 However, seeing how solid the current generation of Exynos chips is, it’s hard to believe Samsung would let it go in favour of Qualcomm. Since Galaxy S7 rumors have already started, I expect to see a render or at least a codename in one or two months.