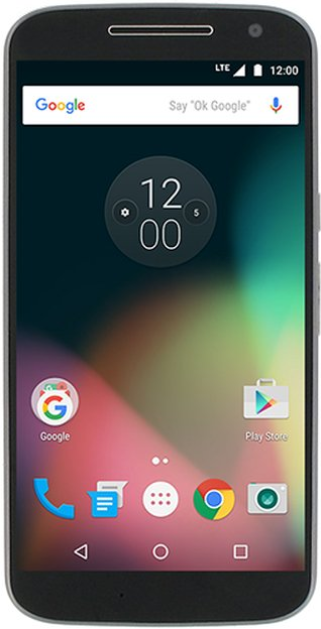 Famous leakster Evan Blass has posted a new picture of an unannounced Motorola handset, that may well be the new Motorola Moto E3. After a series of Moto X 2016 and Moto G4 leaks, it’s now time for this unit to pop up.

dKeep in mind we can only speculate on its identity for now. All the leakster said was “Say hello to your little bro” and then he mentioned a tweet that pointed at the new Motorola Moto G4 leaked render. Motorola and Lenovo have a big event scheduled for May 17th, in New Delhi and Mexico, meant to unveil the new Moto X 2016 and Moto G models, plus potentially the Moto E3 as well.

The device shown here seems to keep the general design lines of the predecessor and also gets a big earpiece, pretty much like the Moto E2. We could see a diagonal bump up to 5 inches, after the previous Moto E units had 4.5 inch screens. A quad core CPU, 2 GB of RAM and a 2500 mAh battery are expected.

Update:  Evan Blass posted another tweet clarifying the leak and saying this is in fact the Moto G4.