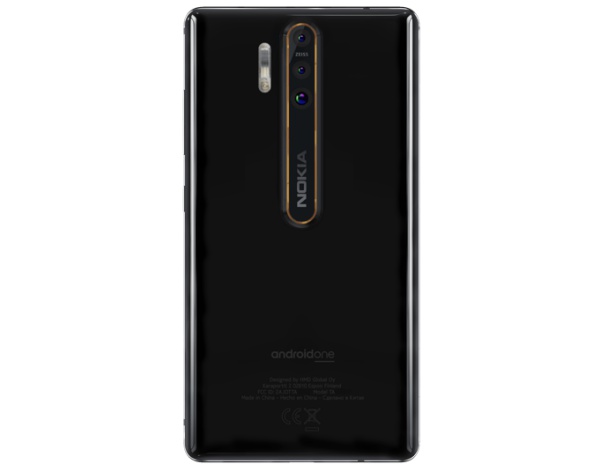 Update: It was all an April’s Fools joke by a Finnish website.  Many websites took the info as real, but they confirmed it all here.

There’s a new Nokia leak in town and strangely enough it has to do with the Nokia 9 handset. It’s been a while since that device has leaked, even though it popped up a lot over the past year or so. The Nokia 9 is back and strangely it seems to borrow quite a bit from the Huawei P20 Pro… triple camera and all.

A bizarrely large specs list has leaked, even though it sounds like a fanboy’s concept at times. Some stuff is predictable, while other stuff sounds like overkill. The device has a triple camera, with a 41 MP sensor, a 20 MP sensor and a 9.7 MP shooter. The main one is a wide shooter, then comes the telephoto one and then the monochrome. The main 41 MP camera goes even further, with a variable aperture, between F/1.5 and F/2.4. 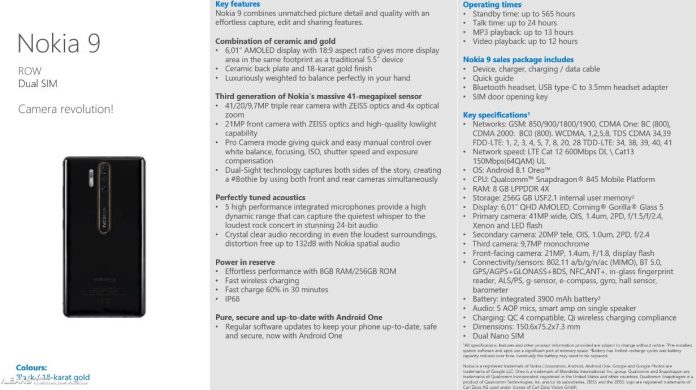 A Xenon flash pops up and this is something I haven’t seen on phones in a loooong while. It works together with a LED flash or two, of course. In spite of all the optical prowess, the device is just 7.3 mm thick, probably in its slimmest point. This Nokia 9 has a 6.01 inch QHD AMOLED screen with an 18:9 aspect ratio and a Qualcomm Snapdragon 845 CPU, as well as an impressive 8 GB of RAM.

The device is IP68 certified and there’s an in glass fingerprint scanner. I feel like this device is geared up to compete with the Galaxy Note 9 and it it indeed started to be made last year, it has surely been tweaked a lot. Android 8.1 and a 3900 mAh battery are also here. Things sound too good to be true and this very rarely happens. A ceramic back plate and 18 karat gold finish makes it sound like a special device, a sort of anniversary edition of sorts.

5 high performance mics will make the audio capture crazy good. I don’t know, this sounds like too much for me…