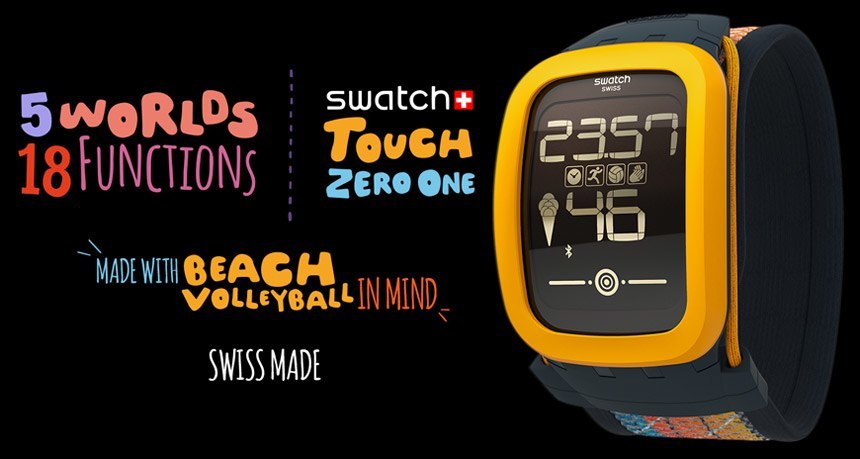 Swatch debuted an unusual watch this week, one that’s dubbed Touch Zero One and it’s meant for volleyball players. This smartwatch model is actually not that smart, being focused more on fitness, rather than the usual notifications and call taking for example. 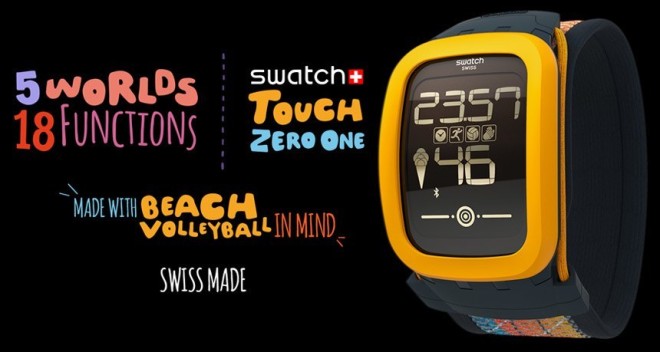 This is not Swatch’s first attempt at a modern smartwatch type device, since they launched Swatch Touch 4 years ago. The difference is that this time they’re attempting to launch a mass market device. Touch Zero One features a curved screen with built in backlight and a finger tap and side swipe control method. There’s a monochrome touchscreen on board from the looks of it and the device has the Beach Volley functions as selling point. 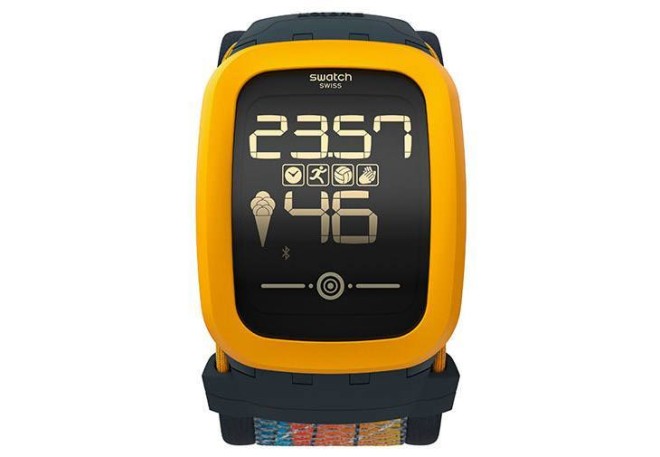 Those include a step counter, hit counter and a mechanism to measure the hits you perform. It can also figure out if you’re doing attack hits, low hits, high hits or high fives. It can even determine the power of your hits and rate a player on a scale from 0 to 100. There’s an activity time counter and a clap counter, plus calorie monitoring, obviously.

The device’s battery is supposed to last for months according to the device’s maker. It’s not very clear if you can also get notifications or calls on this model, since the press release didn’t detail that. The product is priced at $159. 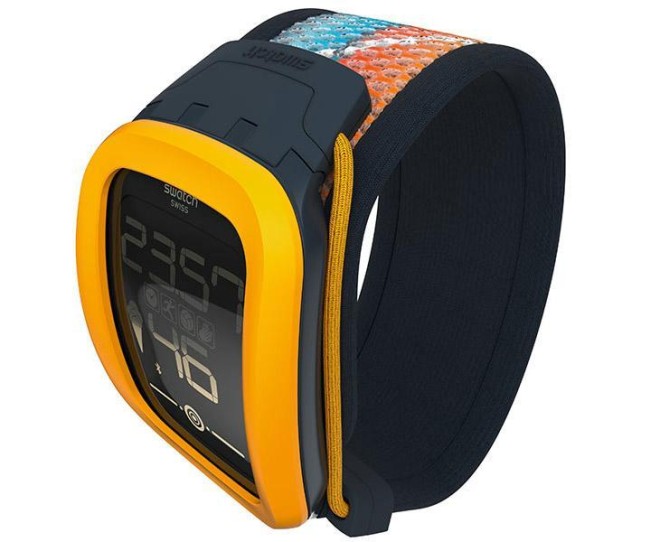