Symbian Belle may be a long way till launch, but it recently was detailed in set of imagines that portray the features of the new OS. With a bunch of devices relying on Belle already leaked on the interwebs, it’s only a matter of time till we see it in action in a video. 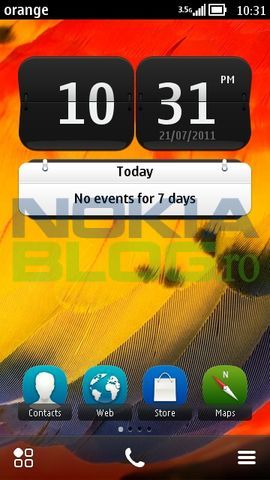 As far as novelty is concerned, on Symbian Belle we get different sizes of widgets, fitting the 6 home menus available now. These are all customizable and you’ll move from one screen to another via swipe gestures. As far as widgets goes, you are free to place them wherever you want and there are some widgets that even take up half of the screen, such as the one for the e-mail.

The notification bar is inspired from Android, a mechanism that even iOS 5 copied, according to people close to the matter. On Belle, the notification area includes features such as WiFi, Bluetooth and Mobile Internet, that can be activated or deactivated. You can also switch to silent mode, see missed calls, emails and texts, all in the same area. 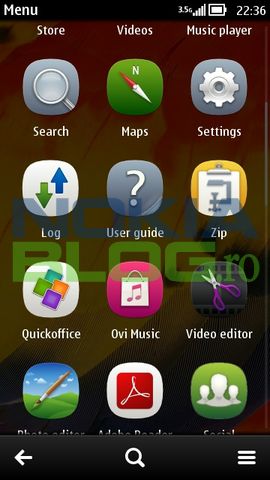 The browser has reached version 7.4, but it’s very much like its predecessor. It gets 130 points on the html5test.com test, just like version 7.3. The only change in the UI is the added option bar in the lower area of the screen, allowing us the browse between pages using the history, bookmarks, open window visualization and main menu access.

The main menu has an important detail missing, the Applications folder, so now all the installed software can be accessed straight from the main menu. At the bottom we have the Back, Search and Option buttons. Symbian Belle is supposed to come this Fall, maybe in September or October, but since this is Nokia’s work, it might be delayed, even till 2012. 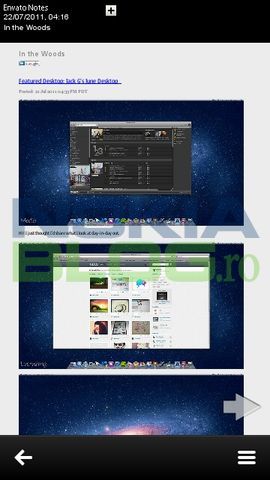