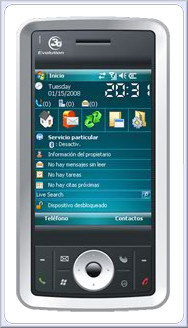 Iusacell will be selling the device, but the real meaning of this launch through TechFaith is that the handset will be available for a broader public, unlike its previous unlocked version. I’m guessing the subsidies will make all the difference and the price factor will make the smartphone more popular on the Mexican market.