We knew TerreStar was working on a Windows Mobile satellite phone, but in order for the handset to be made available, a satellite had to be launched. Well, the satellite should be in orbit starting today, so you should expect TerreStar’s phone to hit AT&T any minute now. 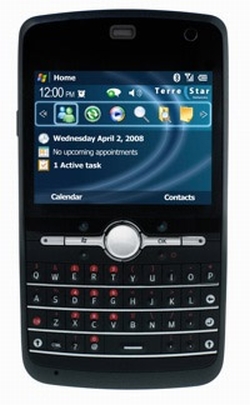 The WM satellite phone will be available for $700 (approximately) unsubsidized and we hope that calls will cost less than $1 per minute, which is quite a common rate for sattelite phones. However, there’s always quad band GSM and dual band WCDMA to rely on, if you’re in the reach of such networks.

This handset is designed to reach local and federal government officials mostly, since they’ll be travelling to remote areas and need constant coverage. Don’t expect the device to hit retail soon…