Texting and chatting on the phone while driving are bad, but what about texting while walking? It’s much the same with reading books while walking: you might trip and fall on your face, or down a manhole, just like teenager Alexa Longuiera did yesterday. 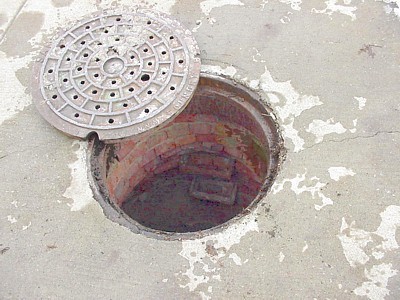 The 15 year old was walking on Victory Boulevard with a friend and just as she was preparing to send a text, she fell four of five feet into a manhole. Her family wants to file a lawsuit, probably against those who left the manhole open and not the phone maker or carrier, since they’re not the ones to blame.

A simple “watch where you’re going!” should do the trick and the teen should be thankful that the sewer wasn’t full with putrid stuff..