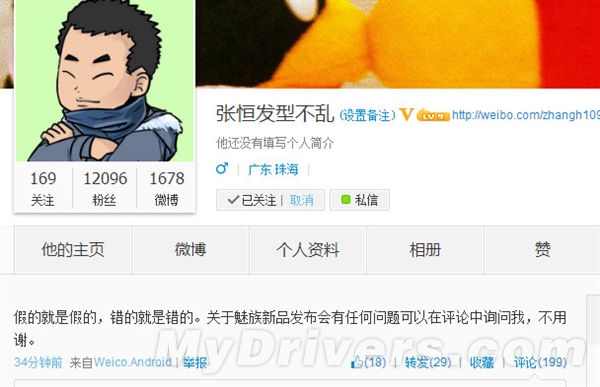 If the source below is correct, things are about to go bad at Meizu. Reading from a Weibo post made by Senior Manager Zhang Heng, we learn that not all the versions of the phone may be ready for the September 2nd launch.

Apparently, the Pro version is not coming then and the official seems to claim that marketing somehow failed and he was ready to leave the company (if the translation of the Chinese source is accurate). It appears that on September 2nd instead of getting 4 versions of the phone, including the Mini and Pro, we’ll only get the Standard one, with Flyme 4.0 on board and the MediaTek MT6595 processor.

Slow development was quoted as the cause for delay and Ubuntu has been denied as the OS, in spite of previous rumors. More conferences will take place this year, probably bringing us the rest of the Meizu MX4 models, while Flyme 4.0 will be released on MX3 and MX2 in Q4. What do you think of all this bad news? Is Meizu missing the train to fame this year?