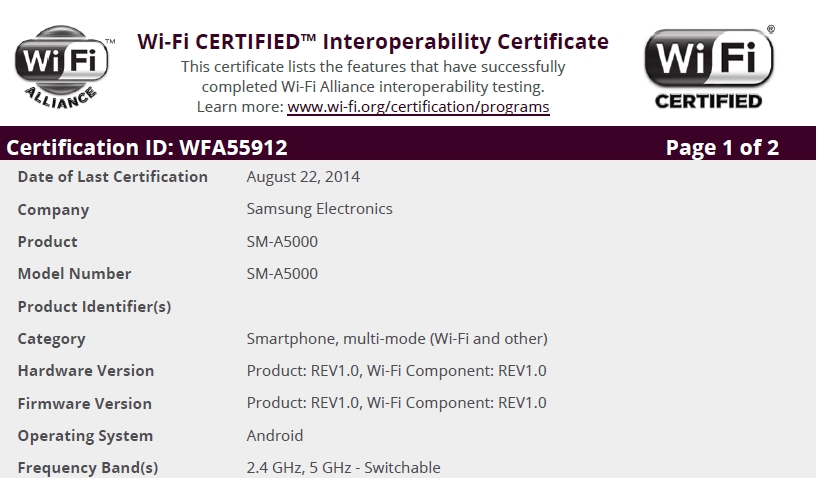 A couple of days ago, more precisely on August 22, two new Samsung devices received certification from the WiFi Alliance. Among these smartphones we have the SM-A5000, and the SM-A5009. Also, as we find out recently, a third device with similar codename received on August 27 certification, the SM-A500YZ. 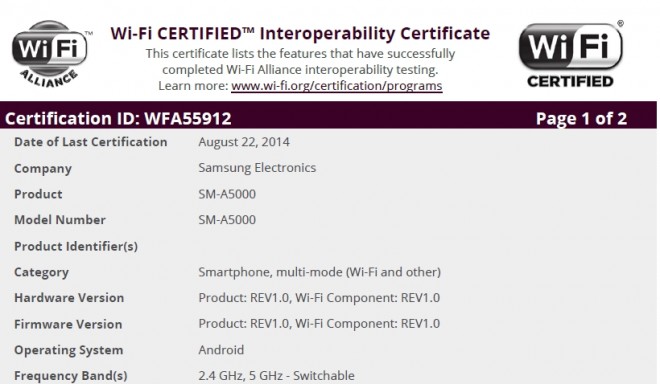 Beside the fact that these new devices received certification for WiFi connectivity we don’t have any other information. However, there’s a possibility that this ones to arrive on the market with metallic cases just like the Samsung Galaxy Alpha did a while ago, a device that will be showed up next month at IFA 2014. 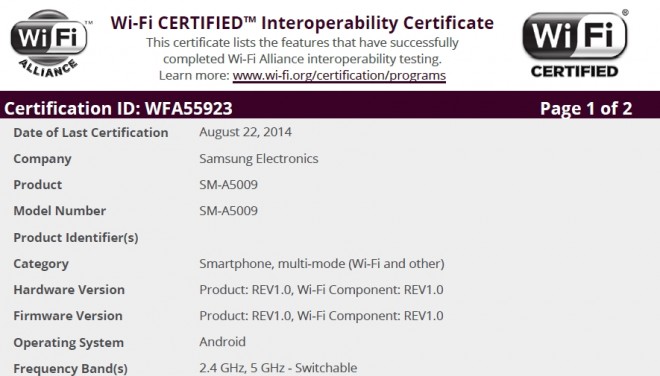 As you may know, in just a few days, Samsung is going to release its new Note phablet during Unpacked Episode 2 event that will take place in Berlin. It remains to see what phone is under the SM-A5000 codename and how this one will look like, a detail that will be leaked something soon we hope. 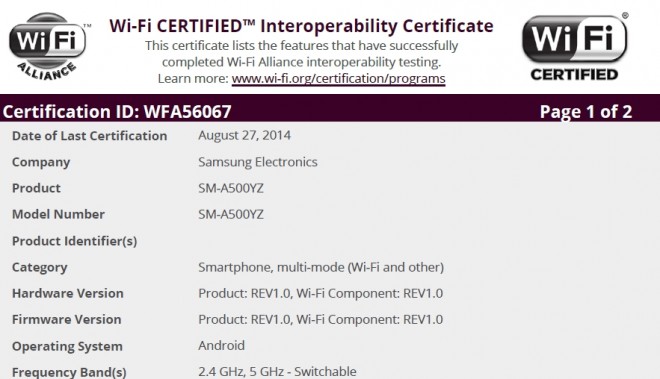