The newest Engadget Show episode features Drew Bamford, HTC’s director of user experiences, who talks about the birth of TouchFLO 3D. The UI was first available on HTC Touch Diamond and we can have a look at some sketches from 2006, detailing the concept behind it. 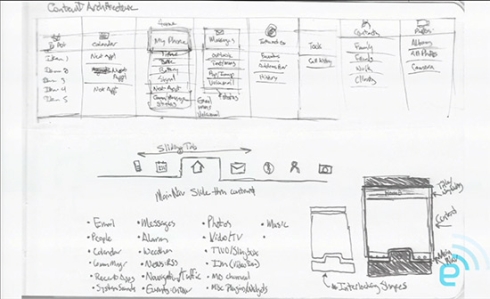 Some of the sketches show a framework for TouchFLO 3D and a list of possible tabs that could have been included in the interface. Among the tabs that didn’t make it there’s the RSS, Video/TV, TiVo/Slingbox, Navigation/Traffic and a couple more. There’s also the idea of a sub-panel-based TouchFLO 3D, with extra panels for contacts and a 3D-like flipping effect. 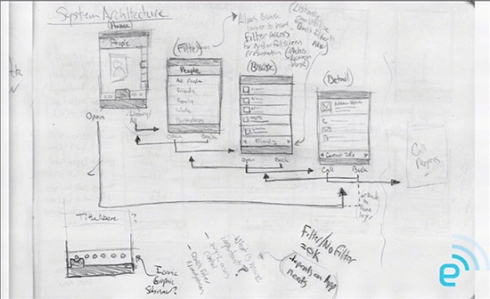 The wireframe for TouchFLO 3D was also detailed and we learned that HTC was relying very much on hardware controls via D-Pad movements in those days, instead of the modern on-screen gesture control. Back in 2006, HTC’s brilliant minds envisioned an extra contact layer that could allow users to play games with a person in the contact list, view his/her Flickr photos or RSS updates.

Will these features ever evolve into something even cooler than HTC Sense? 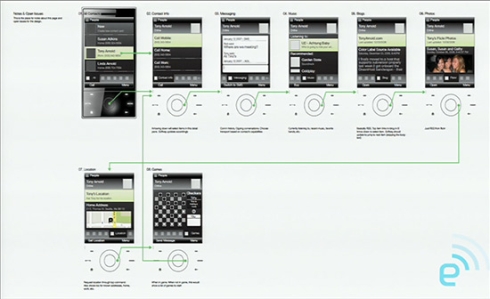 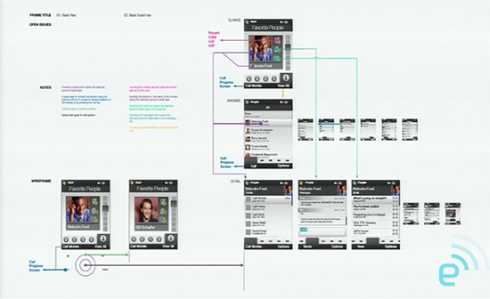