The rumour of the day comes from Mr. Shaw Wu, a Kaufman Bros. analyst claiming that a touchscreen BlackBerry with a sliding keyboard is in the works. Dubbed BlackBerry 9900, this product is seemingly in prototype phase and comes with a brand new form factor for RIM. 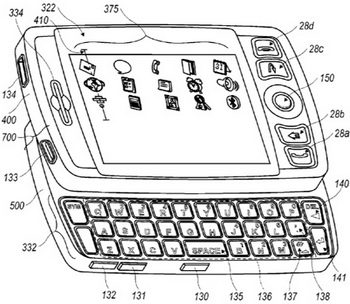 This mystery device is said to be a combo between Storm, the classic BlackBerry and a full QWERTY slider. What you see above is a patent image of how a BlackBerry slider would look like. There’s even a supposed launch date, early 2010, but we’re far from an official confirmation or even leak.