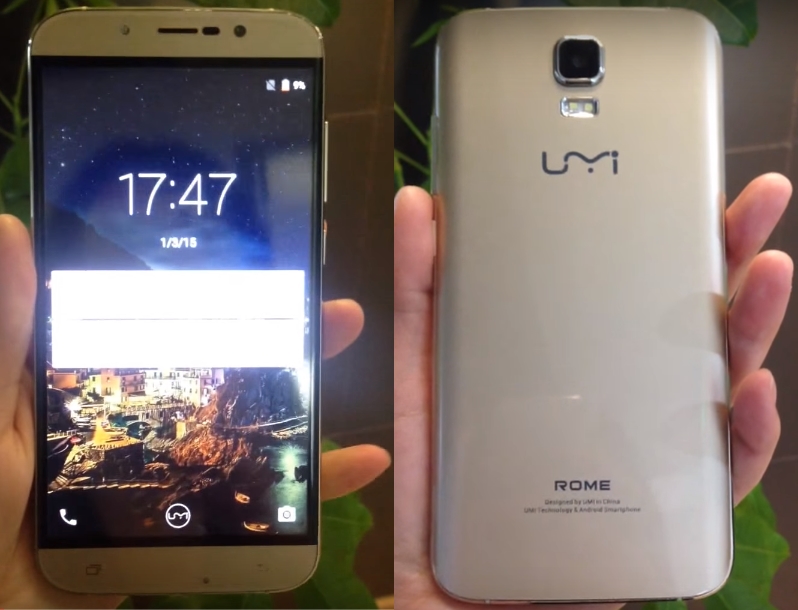 Just two days ago, the Chinese producer UMi was announcing the UMi Rome phablet, the cheapest smartphone out there that packs 3 GB of RAM memory. Today we get to see a short hands-on video with the phone that is turned in every possible angle, in order to let us make an idea about its design. 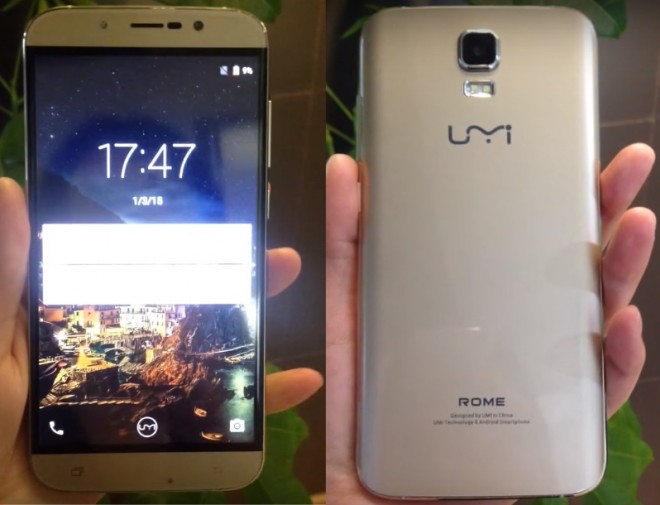 As we noticed even from the teasers images revealed by the producer before the official announcement, UMi Rome comes in an uni-body case with curved edges on the back, just like the one we have on the Samsung Galaxy Note 5 phablet. The camera form factor and its placement also seems to be pretty similar.

But not the design is UMi’s Rome greatest feature, but its specs and more precisely its prices. Well, for just $89, this phone packs a 5.5-inch HD IPS display with 2.5D curved glass, an octa-core Mediatek MT6753 processor, a 13-megapixel rear camera with LED flash and a 4G LTE. All these specs sound really amazing, and the price is definitely a reason to buy the phone.