It’s true that the US Army has some pretty cool gadgets, but nothing beats using regular smartphones with some nifty military apps. Right now the Army is performing a 6 week trial using no less than 300 Android, Windows Phone and iPhone units for military purposes. 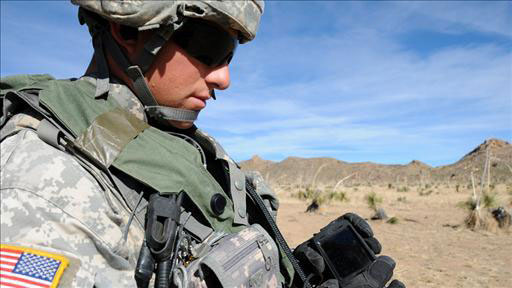 Program director Michael McCarthy is claiming that the results have been good so far and these handsets appeal to younger soldiers who grew up with handheld devices such as these. Among the uses of such smartphones the GPS positioning, sending pictures of surroundings or simply filing reports straight from the handset.

Problems are still present during tests, with OS bugs happening and the iPhones losing signal on AT&T in New Mexico and Texas. The Army also wants to encrypts communication to and from handsets and test “cell tower in a suitcase” gear for extra coverage. Limited deployment will take place this year and we might see smartphones becoming part of the official gear in the future.