We’ve seen speculations regarding the launch of a free BlackBerry Storm via Verizon, but till that glorious moment comes, the carrier can only throw stones towards T-Mobile’s hit, the G1. They’ve done it before, with the iPhone 3G, criticizing its price, signal issues and tons of other problems. Now, let’s see why G1 is not worthy of your pocket. 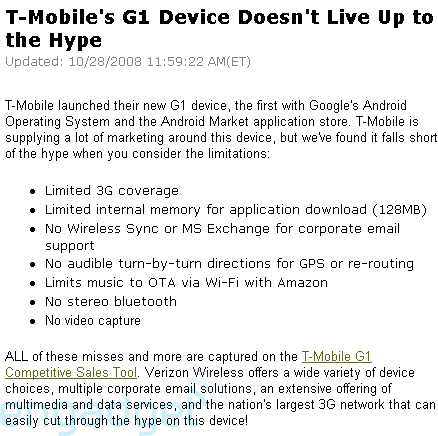 Among the most important deal breakers are the lack of stereo Bluetooth, video capture, audible GPS, the way you open the handset to gain access to the keyboard and Wi-Fi only downloads of songs.

We’ll let the lists attached to this article do the talking, as they hold some of the defects of the G1, some exaggerated, but that’s marketing nowadays: a raging war between carriers who want a bigger piece of the pie… 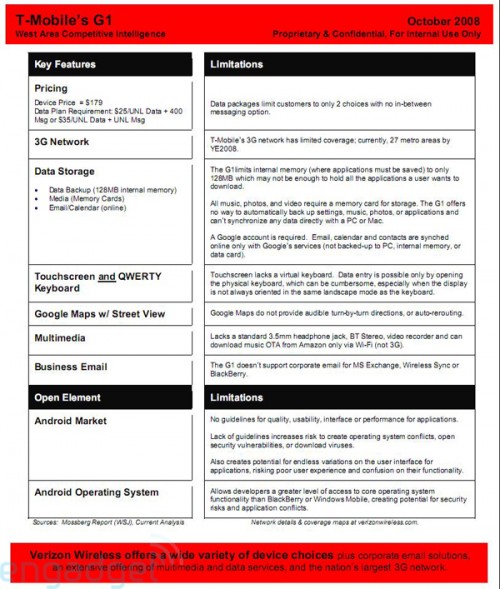