Vertu’s Constellation Quest was a premiere when it launched, being the first model of its kind to run Symbian. Now the device gets a new release, in a version that’s made out of carbon fiber. This newcomer will be available in two editions: one made of polished stainless steel and the other sporting 18 carat gold. 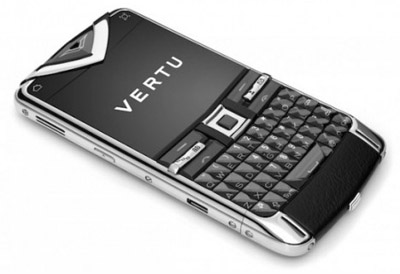 The handset’s lip and battery cover are made from a light material, while the back will be adorned with black leather. Sadly, there’s no image of the new model, but at least you can have a glance at the original one above. No info about the price, but we’re in the thousand dollars area, that’s for sure.

We supposed the specs of the previous version of the handset won’t change much, so we’re still getting that 2.46 inch display, QWERTY keyboard, optical trackpad, 8GB of storage, HSDPA, WiFi, 5MP camera and microSD slot.