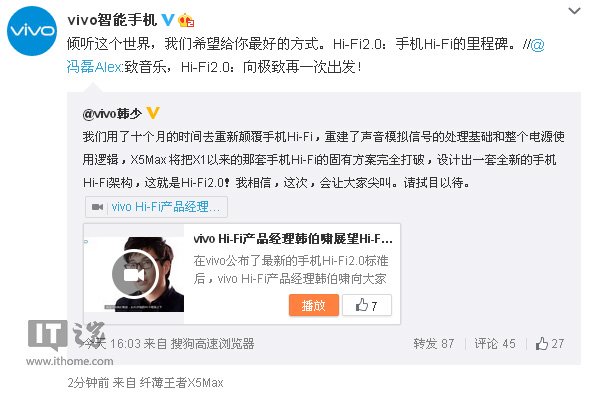 Vivo X5 Max has leaked before and also got teased, keeping the web interested in it because of its slim waistline of just 4.75 mm. The device is detailed again today, through a more official source, that confirms its high end acoustics.

This model comes with HiFi 2.0 and it will also use a 3.5 mm audio jack, in spite of initial rumors saying it won’t, for the sake of a slimmer case. The screen will has a 1.36 mm thick bezel and this model will adopt a Super AMOLED display. The mystery won’t be kept for long, since the Vivo X5 Max will be released in December. We’ll also get 2 GB of RAM, 16 GB of storage and a 13 MP camera.

Previous leaks have all focused on musical features and once again, it’s all about the music. It’s very hard to imagine what a music phone would mean nowadays… A high level of decibels would be a start, as well as crisp sound, support for high end formats, a special UI for the music player and a ton of EQ settings.